Posted by mosaik on October 13, 2013
Posted in: Australia, flickr, Mosaics around the world, My Photos, Signage, Victoria. 2 Comments 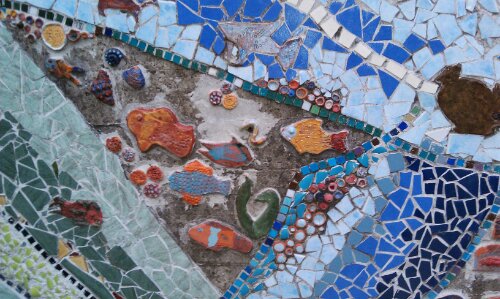 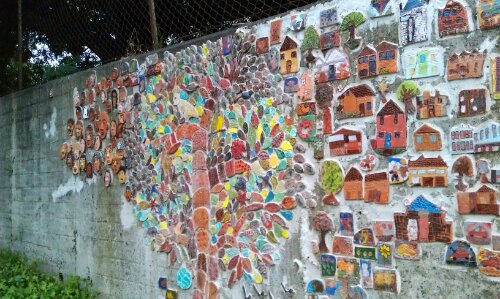 Located between Kembla and Church St on the boundary of the Wollongong Public School on Market  St.

Posted by mosaik on October 25, 2012
Posted in: Australia, flickr, House numbers, Mosaic, Mosaics around the world, My Photos, My stuff, Northern Territory. Leave a comment

Posted by mosaik on March 29, 2012
Posted in: Australia, flickr, My Photos, My stuff, Northern Territory. 2 Comments

Major progress with the park facing side now tiled but not yet fully grouted.

Posted by mosaik on November 24, 2010
Posted in: Australia, flickr, Mosaic, Mosaics around the world, My Photos, My stuff. 3 Comments 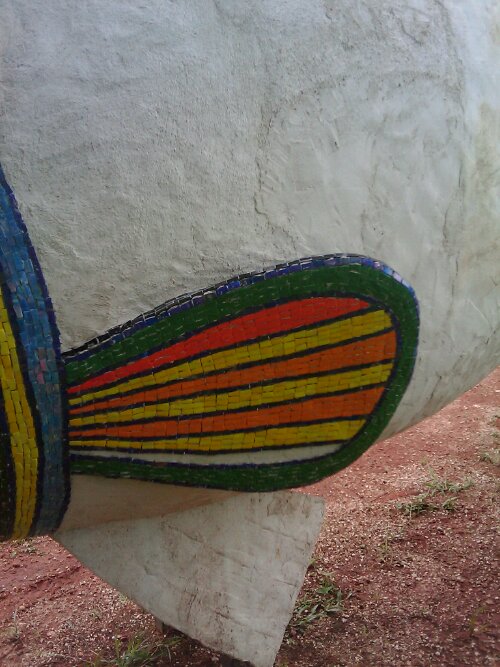 Posted by mosaik on November 3, 2010
Posted in: Australia, flickr, Mosaic, Mosaics around the world, My Photos, My stuff, Northern Territory, Oceania. Leave a comment

“One of the most spectacular of the more than 350 public stairs of SF that connect streets to each other. This is a form of vernacular architecture that harks back to the instant city that is SF. From a sleepy outpost with inclement weather and inhospitable topography, Yerba Buena became the hot-spot city of San Francisco thanks to gold and silver mines nearby and people found ways to make this harsh place navigable!

Sailors, miners, businessmen, prostitutes, thieves, bankers, cowboys, and the government, all made it home in the mid-19th century. SF as a destination was an incentive for transport companies to make ships that could sail faster from the East coast, pre-Panama Canal. And for railway development beyond the “frontier” of Chicago. Ornate Victorian style homes – the marker of social status at the time – and Italianate mansions showed up everywhere to reflect the rich times. The government commissioned grand buildings to match the grand amounts of money flowing through. An Italian immigrant with a bit of money who had been rejected for bank loans and kept his money sewed into a mattress across the Bay decided to lend money to poor immigrants and became Bank of America.

Everything including buildings here has a story – my office building used to be a brothel!!! Now it is a mixed-use building next to a public stair that is owned neither by the city nor by a private entity. Near the house of the Brown Twins (octogenarian mid-Western-now-local twin sisters who were voted as “Second Best Local Character”)!

There was a group of citizens in San Francisco who were the moral police during the Gold Rush. They had the authority (and the gall) to hang people they considered hindrances to the city. Unconventional is San Francisco…”

Posted by mosaik on August 29, 2010
Posted in: Australia, flickr, Floors and Pavements, Mosaic, Mosaics around the world, My Photos, My stuff, Public art, Victoria. Leave a comment

This mosaic set on flickr is well worth exploring. Christa Lamb has done a fantastic job in her kitchen.

Make Mine Mosaic
Blog at WordPress.com.